Make The Big Plays This Fall, Lead Your Teammates and Dominate the Competition 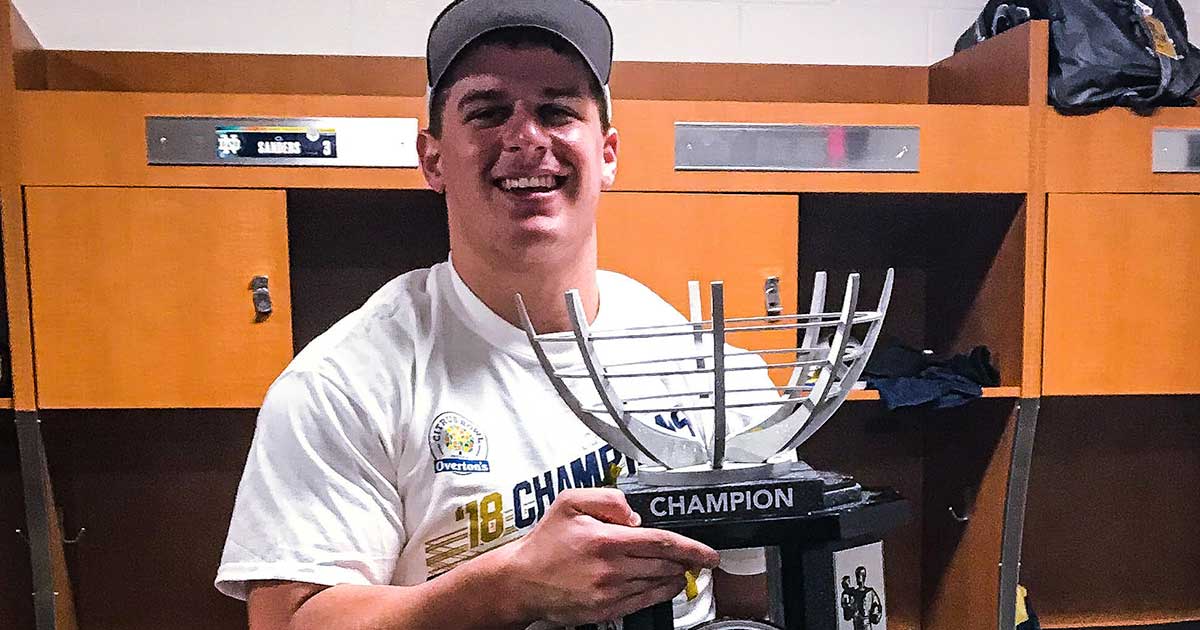 With over 15 years of experience in football Chris played for Bishop Guertin in Nashua NH, after high school he attended Stonehill college where he played fullback and tight end. A few years later Chris transferred to Notre Dame, walked on to tryouts and made a roster spot for tight end.

Chris trained alongside Notre Dame NFL prospects as well as contributed to one of the deepest position groups in the country. He started on Notre Dame’s Scout Team playing against a top defense in all of college football. Additionally, assisting to multiple special team units.

He has developed the techniques and process essential to take your game to the highest level⏤ play consistently and focus on the small details to enhance your game. These little details are what you need to help take your game from good to great: high intensity, high concentration, good attitude to developing daily continuous growth, excellent timing and anticipation, positioning, and the ability to read the game.

He is currently specializing in offensive responsibilities, route running, in-line blocking, perimeter blocking, blocking at the second level, and in space, and getting separation on routes. Additionally, Chris has worked with understanding the “bigger picture” of conceptual play from film study.

He is skilled in offensive techniques including delaying, releasing split wide and in line, inside/outside zone blocking techniques, and stacking defenders and in Tight End position at other areas of the field such as a wideout, fullback, H- Back and a traditional Tight End.

Sessions are limited to 4 athletes or less and can be booked for 30 or 60mins. Booking is available throughout the week at Veritas Performance Training, please contact TeamVPT@veritaspt.com or call 978-846-0117.
← Exercises to Make Your Garden (and Strength!) Grow Insulin →